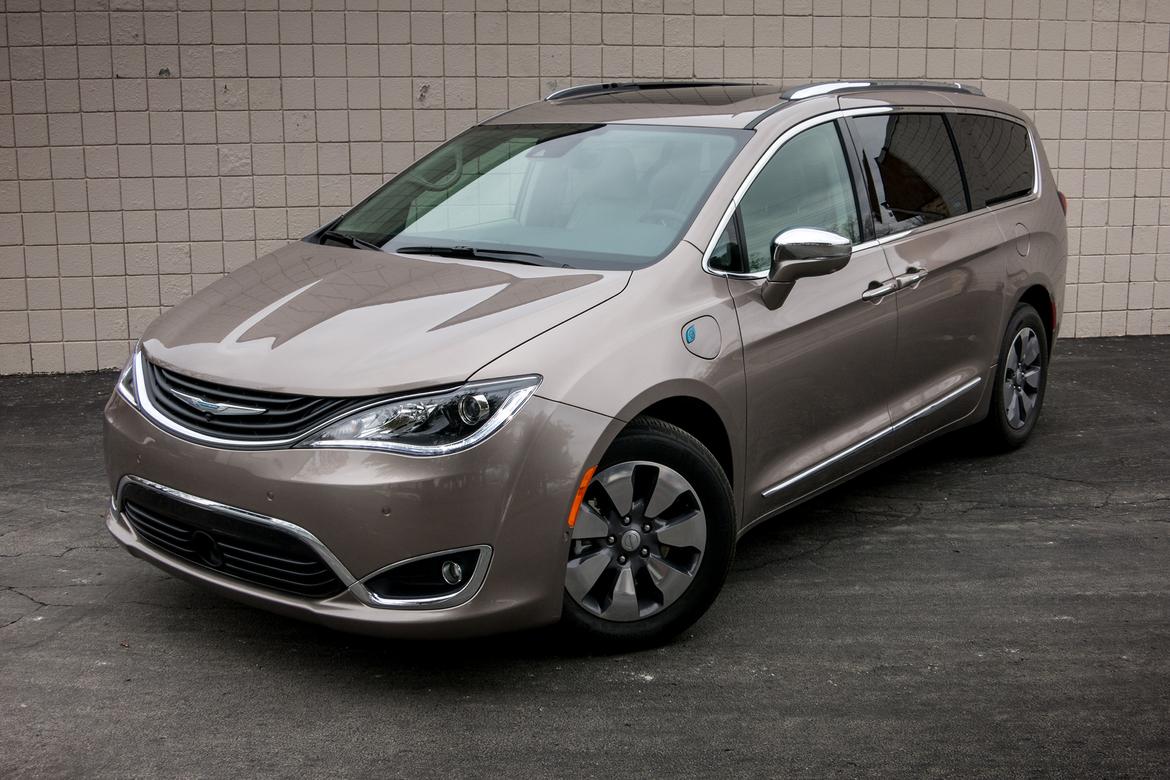 Cars.com says that around town, they were able to get 33+ miles on battery power alone, and then after that an average of 45 MPG in stop and go traffic because of the regenerative power.

They list the major downsides as:
1. Not being able to choose electric only driving - the Pacifica's computer chooses when and how often the gas engine kicks in. If you have a heavy foot, obviously more often!
2. The battery pack takes up the stow-and-go section for the second row seat which makes the van less convenient than the non-plugin hybrid version if you plan to haul large loads.

Re: Cars.com does a Pacifica Hybrid Plug-in test drive

Here's a photo of the dash of the Pacifica PHEV showing the overall efficiency on the test drive:

In a 241-mile test drive from Ann Arbor, Mich., to the Cars.com mothership in Chicago (of which 30 miles were electric-only) the Pacifica Hybrid garnered an observed mileage of 27.6 mpg — accomplished with the cruise control set at 75 mph.

Around town, I achieved an observed 45 mpg while driving more than 150 miles. That's a phenomenal achievement for a full-size, seven-passenger minivan.