A global tipping point for electric cars could come as early as 2022, as battery costs decrease and concerns about range and infrastructure ease.

That’s from analysts at Bank of America Merrill Lynch, who in a little over a year’s time have turned even more optimistic about the future dominance of electric cars over internal-combustion vehicles.

In a Tuesday note, the analysts forecast that one in three cars will be purely electric by 2030; their July 2016 prediction was one in 10 by the same year.

“There are several factors converging that have led us to revise our thinking — a combination of changing customer preferences, increasingly viable product, regulation, and infrastructure,” they said in the note.

This chart shows the trajectory the bank is expecting the rise of electric cars will take:


Excluding fuel savings and government subsidies, 2030 would be the year that costs for electric vehicles begin to fall below costs for internal combustion-engine vehicles.

The number of hybrid and purely electric models to be available to buyers will grow to 246 in 2020, according to auto makers’ announcements, from 116 available in 2016, they said. 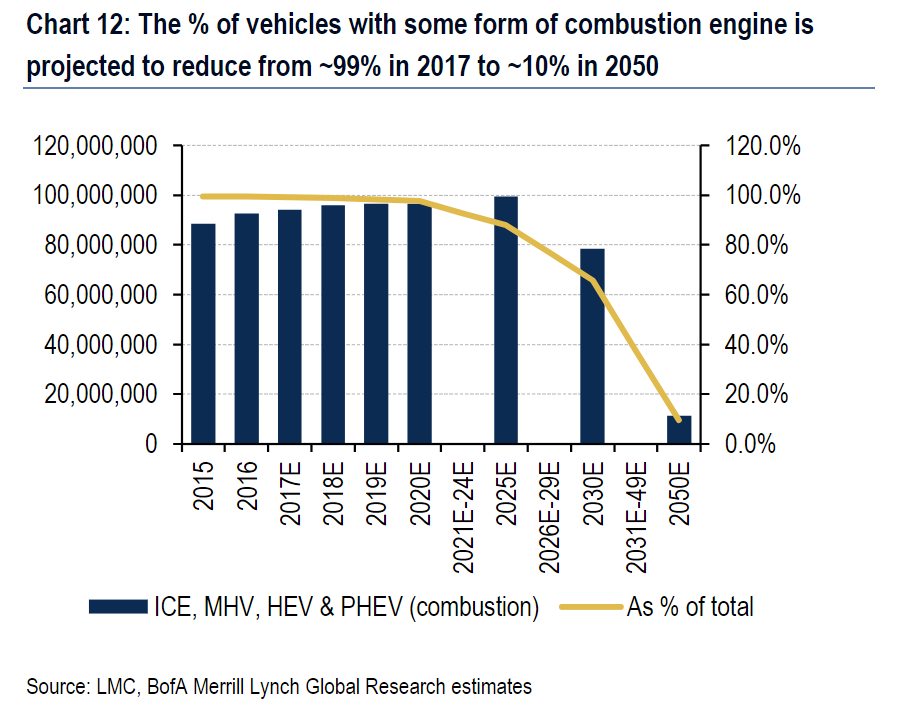 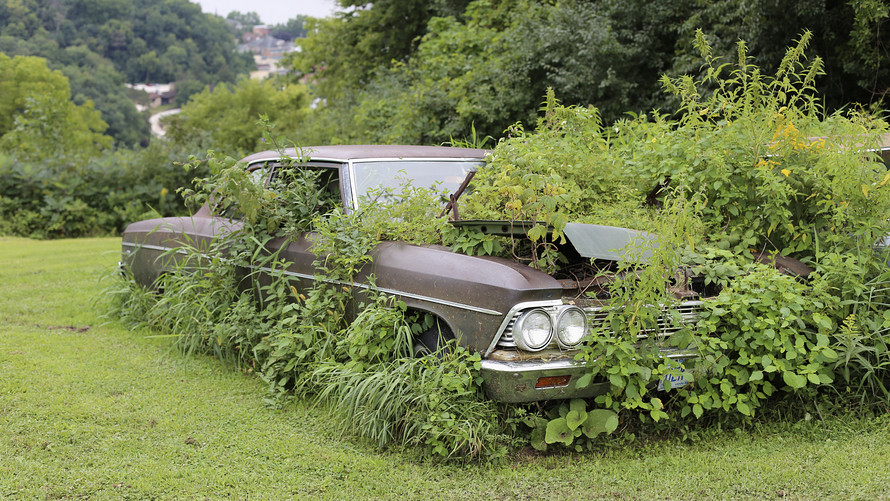 Re: The death of the gas-powered car, in one chart